RuBert Studios hosted a banquet and party for Mariachi Femenil Nuevo Tecalitlan from Tlaquepaque, Mexico. The all-female mariachi group was visiting Springfield to preform for ArtsFiesta! following performances the previous week in London.

Springfield Sister Cities Association was the official sponsor of the party, and RuBert Studios donated the large warehouse space for dinner tables for over 110 guests, a performance stage and a large screen projection system for watching video presentations during dinner, and of course, the ambient light from neon sculptures.

The party was entertained by the jazz of Cajun Dixeland Band with MSU Jazz director Jerry Hoover, some musical favorites by the Mariachi Femenil Nuevo Tecalitlan, and then impromptu dancing with the off-the-wall traveling band, The Garbonzos and just about anyone else who would pick up an instrument. 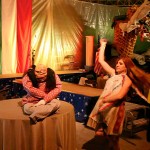 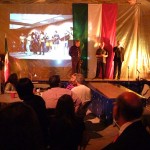 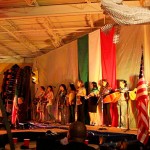 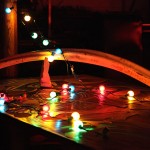 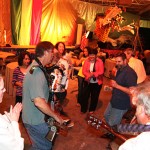 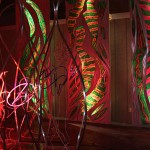